Although widely contested by economists, and of course hundreds of years ago, Tulipmania has become an anecdote in the financial world for the dangers of investing in fads and phases with no clear long-term objective. 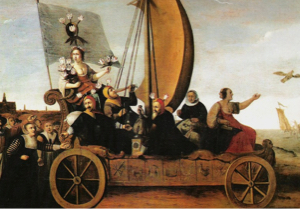 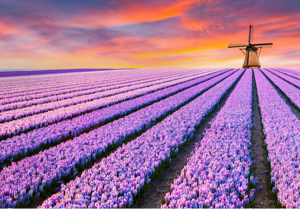 What triggered Tulipmania? Back Next Back Next
Close

When tulips first came to Europe in the 16th century, their beauty and bold colours quickly made them a luxury, coveted item. Found to grow well in the Netherlands (then known as the United Provinces), the country soon found a niche for itself growing and selling tulip bulbs – so much so that by 1636 tulip bulbs became the country’s fourth largest export (after gin, herrings and cheese, of course).

Exacerbated by rare varieties, with a virus that causes the tulip petal to break into two or more colours, and a number of cultural and economical factors, individuals began to invest in the bulbs in the hope of making a profit. In fact, ‘contracts’ of sorts were actually bought and sold as a stopgap between flowering seasons when the bulbs themselves would be produced. The simplicity of trading these contracts meant that ‘bulbs’ could change hands ten times in a day, escalating in cost each time.

At the peak of this tulip bubble, often known as Tulipmania, some single bulbs sold for more than 10 times a skilled craftsworker’s annual income.

People speculate over what caused the subsequent crash in tulip bulb prices – and it may have been due to the Netherlands battling the bubonic plague at the time or even the hyacinth overtaking the tulip in popularity – but the story goes that prices plummeted dramatically in February 1637.

New buyers were no longer willing to pay the inflated prices for bulbs: leaving some investors holding contracts to purchase tulips at prices ten times greater than those on the open market.

Although historians and economists argue different interpretations of Tulipmania, it is still widely regarded as one of, if not the, first financial bubble.

You can find out more about which cookies we are using or switch them off in settings.

This website uses cookies so that we can provide you with the best user experience possible. Cookie information is stored in your browser and performs functions such as recognising you when you return to our website and helping our team to understand which sections of the website you find most interesting and useful.

Strictly Necessary Cookie should be enabled at all times so that we can save your preferences for cookie settings.

This website uses Google Analytics to collect anonymous information such as the number of visitors to the site, and the most popular pages.

Please enable Strictly Necessary Cookies first so that we can save your preferences!